You Are at Risk!

According to the U.S. Department of Health and Human Services - Centers for Disease Control and Prevention, you are at risk of contracting a life-threatening infection. A 2019 report states, "Antibiotic resistance can affect any person, at any stage of life." In fact, over 2.8 million such infections occur in the U.S. each year. Those at the highest risk include the elderly, patients undergoing surgery, cancer patients, people with diabetes, and anyone taking immunosuppressive agents for inflammatory or autoimmune diseases.

MDR bacterial infections occur when bacteria do not respond to multiple different classes of conventional antibiotics. The Infectious Diseases Society of America (IDSA) recognizes antimicrobial resistance as “one of the greatest threats to human health worldwide” (Clin Infect Dis., 2011). Not surprisingly, the development of a MDR bacterial infection leads to dire consequences, including the risk of septic shock, a trip to the ICU, and increased mortality (J. Infect, 2013). A significant slow-down in the approval of new antibiotic drugs may be contributing to the rise in MDR infections. Through the 2012 GAIN Act, the U.S. FDA has put in place new incentives in place to encourage the development of novel antibiotic drugs. Still, a 2017 report by the World Health Organization (WHO) concludes that the pipeline for new antibiotics is insufficient to deal with the growing crisis.

One of the reasons why antibiotics fail is because the drug does not penetrate bacterial biofilms. Biofilms are thin and slimy films containing bacteria that adhere to human tissues such as heart valves and bone as well as implanted devices such as catheters, prosthetic joints, and medical devices. These biofilms have been known to be 1000 to 10000-fold more resistant to antibiotics and have plagued the implant and medical device industry for decades. Biofilms are the root cause of implant failure, which is not treatable with any known antibiotic alone and therefore always requires surgery, often resulting loss of function and death. Thus, biofilms cost the healthcare system billions of dollars, which creates a high unmet need for therapies to alleviate them.

Another reason why antibiotics fail is due to genetic mutations in the bacteria itself. Relatively speaking, bacteria are simple organisms compared to humans. The simplicity of its genetic structure makes it more prone to mutations. They also rapidly divide and multiply - S. aureus takes only around 25 minutes to multiply. The simplicity of the genome and its propensity for errors, along with the rapid growth rate, leads to genetic mutations that render previous effective antibiotics futile. This is why some patients who initially respond to antibiotics may lose response over time and develop highly-resistant and chronic infections.

Phages As The Answer

Bacteriophages have been around in nature for thousands of years. They were first discovered in 1915, and their therapeutic effect realized in 1917 (Bacteriophage, 2011). Today, we understand the benefits of bacteriophages to be multifold. Firstly, they are specific to bacteria. Phages only infect the unique bacteria they target, thus making them safe (non-toxic) to humans and our natural microbiomes. Secondly, they multiply and increase in number rapidly once they find their target bacterium. This not only reduces the potential for resistance, but it means only a small dose of a phage needs to find its target bacteria to create a significant therapeutic effect. Thirdly, because phages attach to conserved regions of the bacterial cell membrane, they avoid specific biological pathways that may be prone to the genetic mutations noted above that could result in resistance to small-molecule antibiotics.

Finally, because phages are tiny (less than 1/100th the size of a bacteria), they can easily penetrate the thick biofilm that often protects bacterial infections. Some phages also produce enzymes that degrade the extracellular biofilm matrix, thus making them even more effective than small-molecule antibiotic approaches.

PhagoMed is an Austrian-based biopharma company developing a pipeline of phage-based candidates to address individual pathogens that are known to cause MDR infections and microbiome dysbiosis. Company scientists have developed proprietary phage breeding protocols to rapidly evolve phages and select (non-GMO) mutants with vastly improved pharmaceutical properties versus "wild-type" phages found in nature. Each pipeline candidate is optimized for functional efficacy compared to older-generation phage technologies.

The lead candidate is PM-399, a naturally-engineered phage cocktail targeting Methicillin-resistant and Methicillin-susceptible Staphylococcus aureus (MRSA/MSSA). The cocktail has been astutely designed and engineered to treat complex biofilms that form on implant infections, a problem that would qualify as a rare disease (~100k patients/year) under FDA Orphan Drug protocols. A precursor to PM-399, PM-398, has demonstrated a rapid onset of efficacy in vitro models of MRSA infection (see the YouTube video of PM-398 wiping-out a persistent MRSA colonization on a microscopy slider in only a few hours). 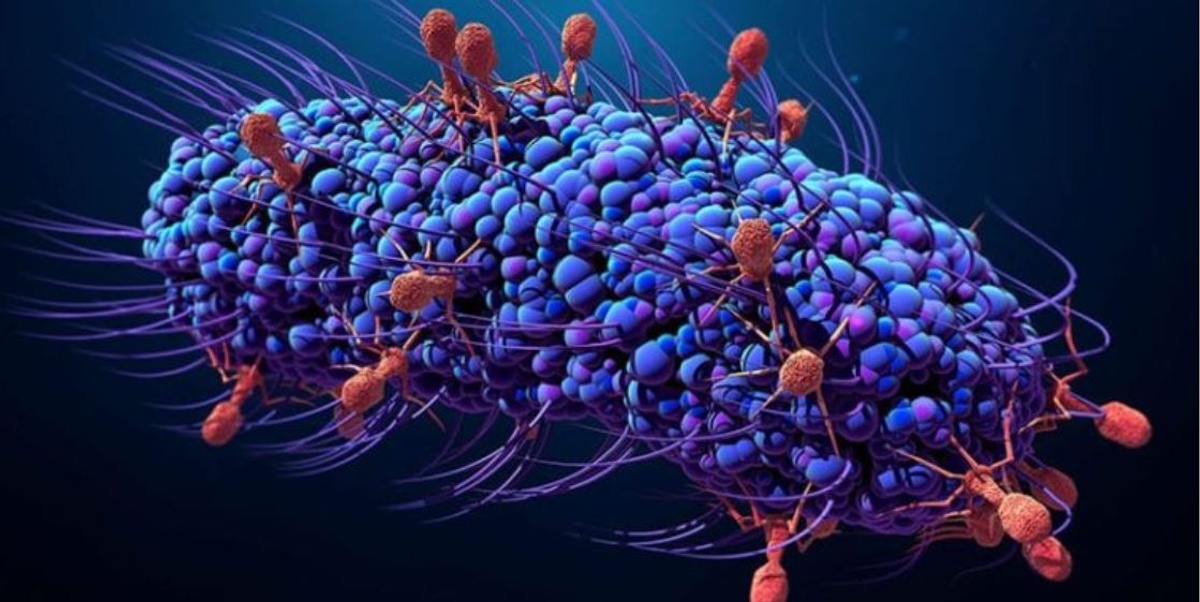 The current standard-of-care for implant infections requires complex surgery, prolonged hospital stays, and continuous antibiotics treatment. PhagoMed's PM-399 is highly synergistic with conventional antibiotics based on in-vivo preclinical models of infection (Zimmerli implant model). This has the potential to revolutionize the current standard of care. Preclinical data show the combination has a >100x increase in activity in penetrating the biofilm activity. PM-399 is currently in the lead-optimization stage of development, with a Phase 1/2a study planned to start in 2022.

The next candidate to enter the clinic should be PM-477, a recombinant endolysin active against bacteria of the genus Gardnerella. Gardnerella causes bacterial vaginosis (BV), an infection that affects 10-30% of women and can lead to pre-term labor, higher rates of STD infections, depression, and subsequent fungal infections. The current standard of care is broad-spectrum antibiotics, which have high failure rates (recurrence rates are > 50%) and high side effects (complete destruction of vaginal microbiome typically leads to candidosis). Preclinical data demonstrate that PM-477 reduces Gardnerella bacteria by many logs while being completely inactive on beneficial Lactobacilli. PhagoMed is being developed as a precision treatment for BV patients. The company is formulating PM-477 into an easy to apply vaginal gel, which should result in a long duration of action and at-home application. PhagoMed is targeting an IND filing for PM-477 in late 2021.

Beyond PM-399 and PM-477, the company has other candidates in earlier-stage preclinical work, as well as its advanced engineered phage platform to develop new candidates for serious bacterial infections and microbiome dysbiosis. MDR infections are a serious healthcare issue, not only in the U.S. but in many developed and undeveloped regions around the globe. Big Pharma has essentially given up on the development of new antibiotics for MDT infections. Nevertheless, Grand View Research forecasts the market for drugs targeting resistant bacterial infections will grow to $12 billion by 2025, likely driven by innovations and technologies.

Phage-based drugs have many significant advantages over traditional small-molecule antibiotics, including improved efficacy and safety. Phages have been around for hundreds of years and could revolutionize the standard of care for MDR infections. Their natural proteins, such as lysins, offer additional tools to develop precision therapies where using a whole phage is not feasible or desired. PhagoMed's platform is designed to overcome the challenges that have limited phage development at big pharmaceutical companies to date. The company’s Co-Founders will present at Biotech Showcase and RESI this January and are currently having pre-conference dialogue with Venture Capital firms in the U.S.

Please contact Alexander.belcredi@phagomed.com to set up a call or meeting. 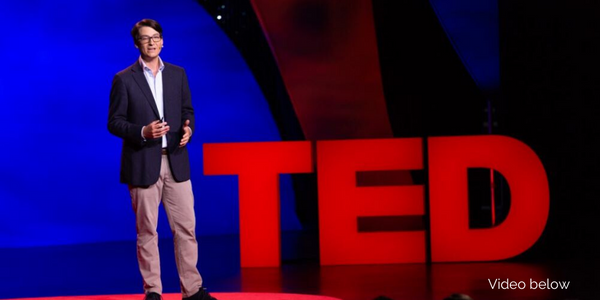 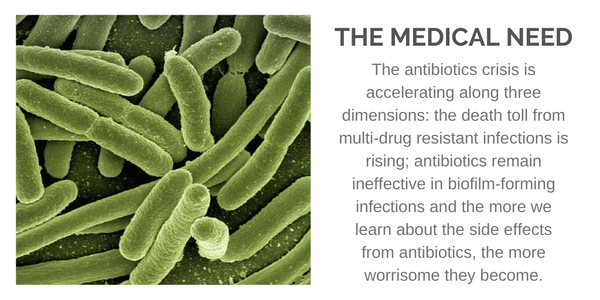 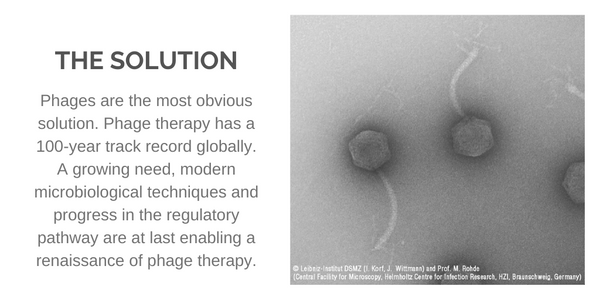 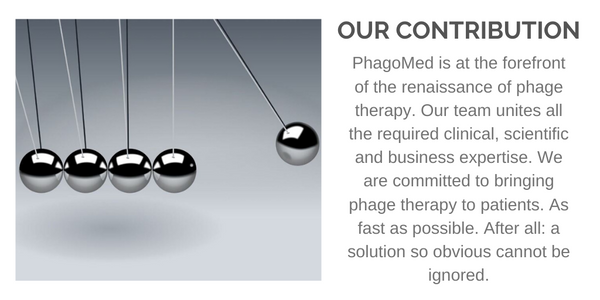 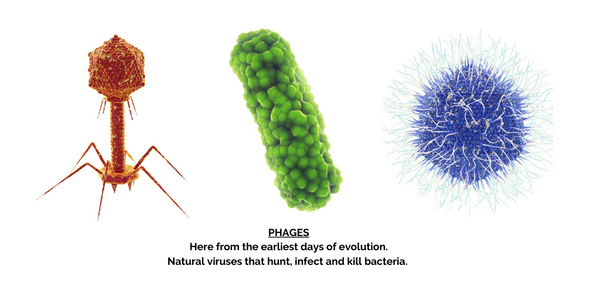 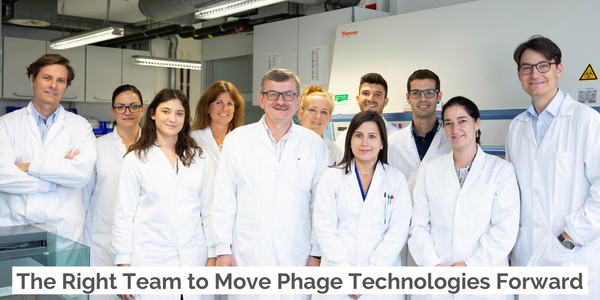 Related Bios
https://cdn.filestackcontent.com/zujP2e8lQwC77HemzDSu?dl=true
https://cdn.filestackcontent.com/AG3wH2AR3SP2Mo58NZitaz/rotate=exif:true/resize=width:600/zujP2e8lQwC77HemzDSu
Alexander Belcredi has been working in the pharmaceutical space for over a decade. He spent nine years at the Boston Consulting Group (BCG) where he was part of the global Healthcare team, focusing on Pharma and Medtech. While at BCG, Alexander became acutely aware of the urgent need to develop alternatives to antibiotics and was fascinated by the role that phage therapy can play. In 2017, he co-founded PhagoMed Biopharma GmbH, a biotech company developing phage-based pharmaceuticals to treat bacterial infections. At PhagoMed he serves as a CEO and focuses on the Business & Finance responsibilities. Alexander holds an MA in Modern History and Economics from the University of St. Andrews as well as an MBA from INSEAD. 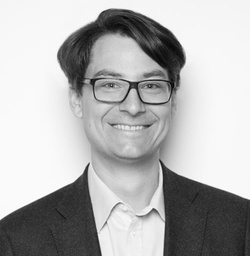 Alexander Belcredi, MBA
CEO | Business & Finance
View Full Bio>>
https://cdn.filestackcontent.com/appdd6qkTxO9e16puUvw?dl=true
https://cdn.filestackcontent.com/AG3wH2AR3SP2Mo58NZitaz/rotate=exif:true/resize=width:600/appdd6qkTxO9e16puUvw
Lorenzo has long been fascinated by the many examples of phages effectively treating bacterial infections. And by how under-exploited this extremely abundant natural resource is. Lorenzo spent the last 9 years at the Boston Consulting Group (BCG) and was a Senior Principal in his latest role. Lorenzo has advised the top Biopharmaceutical companies, on how to improve their quality and efficiency of production. Earlier in his career he worked at Sanofi Aventis in lead optimization after high-throughput screening. Lorenzo co-founded PhagoMed in 2017 and currently serves as CEO with a focus on the research and development responsibilities. Lorenzo studied biochemistry at Frankfurt university and holds a PhD from the European Molecular Biology Laboratory (EMBL) in Heidelberg. 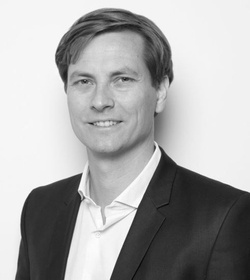 Dr. Lorenzo Corsini
CEO | Research & Development
View Full Bio>>
https://cdn.filestackcontent.com/7FJxbtJERkmjwdKo5iWq?dl=true
https://cdn.filestackcontent.com/AG3wH2AR3SP2Mo58NZitaz/rotate=exif:true/resize=width:600/7FJxbtJERkmjwdKo5iWq
Christine is passionate about bringing new drugs from the bench to the clinic. She spent the past ten years at the Austrian biotech company AFFiRiS AG where she ultimately was the Head of Pre-Clinical development. In that role Christine drove a number of development programs all the way from basic research towards clinical trials. Before joining AFFiRiS, Christine spent three years developing diagnostic tools for early detection of life-threatening fungal and bacterial infections in immunosuppressed patients at the Children’s Cancer Research Institute. Christine studied Microbiology in Vienna and Lund (Sweden) and holds a PhD from the Max F. Perutz Laboratories at the University of Vienna, Austria. 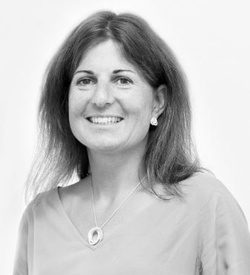 Dr. Christine Landlinger-Schuber
Director Lysins
View Full Bio>>
https://cdn.filestackcontent.com/WAEhdUyRHGRbdzPO98el?dl=true
https://cdn.filestackcontent.com/AG3wH2AR3SP2Mo58NZitaz/rotate=exif:true/resize=width:600/WAEhdUyRHGRbdzPO98el
Greg has a wealth of experience in the phage field. He has dedicated his research to all things “phage” since the late 1990s and has been instrumental in building up a team at the University of Lausanne focusing on the development of phages and some of their lysins for therapeutic purposes. Greg is a key advisor to the team. Prior to his role at the University of Lausanne, Greg spent more than a decade studying phages and phage lysins in the US (Rockefeller University, New York) and Switzerland (University of Basel), including during his PhD. 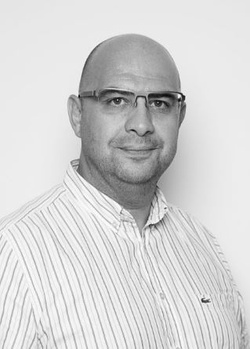 Dr. Grégory Resch
Head of Bacteriophage Center, University Lausanne
View Full Bio>>
https://cdn.filestackcontent.com/8cudlPvRJSWwtSvCJQpA?dl=true
https://cdn.filestackcontent.com/AG3wH2AR3SP2Mo58NZitaz/rotate=exif:true/resize=width:600/8cudlPvRJSWwtSvCJQpA
Benjamin is a seasoned strategy consultant who has spent more than a decade advising Healthcare companies and governments. As part of his work, Benjamin has authored reports on antimicrobial resistance for the German government. Benjamin studied Chemistry in Munich, Berkeley and Osaka and holds a PhD in Organic Chemistry from the Technical University of Munich. 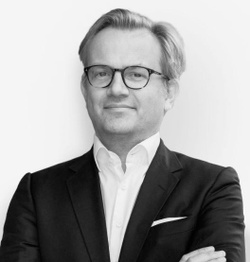 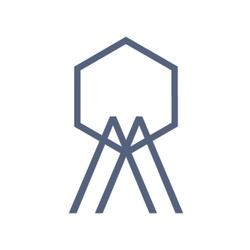 Viruses Against Bacteria: Development of Novel Therapeutics Boosted With Millions of Euros
Download 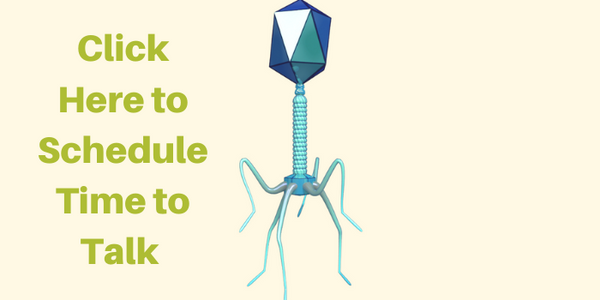